Lessons from My Addiction to High Performance

Over the past 3.5 years, I've spent a total of 1,763 hours on my bike and cycled nearly 25,000 miles. That’s 73 full days that have gone by while I've been seated on my bike! Cycling has dramatically improved my life for the better – I am the happiest and healthiest I've ever been.

Quite often, I’m asked what I think about while I’m riding and lately, I've been thinking about how there are amazing parallels between training and racing ultra-endurance cycling events with running and managing a thriving architectural firm. The following series of articles are going to explain my theories and observations that will hopefully be both entertaining and instructive.

In this series I’m going to share with you 7 basic concepts on how to go from fat and lazy to a high performance maniac:

To tell this story properly, I need to go back to December 19, 2010. It was just another beautiful day in Redondo Beach when I awoke to my typical sedentary – Sunday morning ritual of catching up on the weeks news while enjoying a cup of English Breakfast tea. Invariably, this is followed by a trip with my wife to the Palos Verdes Farmer’s Market where we stock up on the week’s supplies of fresh, California-healthy foods. However, our plans were thwarted when I attempted to brush my teeth to begin the morning rituals. The simple act of lifting an 8 oz, toothbrush set into motion a series of mechanical failures in my body, which caused me to drop to the cold marble floor in a writhing, painful heap of pitifulness. 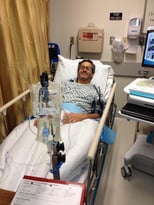 After calling my doctor, my wife managed to help lift my useless body off the floor and into the car where we proceeded to the emergency room of our local hospital. It was here that I was given a healthy dose of humiliation as I was introduced to an open backed hospital gown and positioned like a CSI cadaver on a stainless steel gurney.

This was the culmination of two years of careful exercise-avoidance accompanied by excuses that there was just no time to work-out since there was too much to do at the office. The muscles that had once been barely equipped to carry my body weight had not only atrophied, but were also responsible for the additional burden of 33 extra and unwelcome pounds. Yes, the California healthy foods consumed at home were accompanied at work with soda and other junk foods. Sound familiar?

The trip to the emergency room was my wakeup call. How could I have let this happen to myself?

The following week, after successfully regaining use of my body with the aid of pain killers, muscle relaxants and trips to the chiropractor and massage therapist, I promised myself I would permanently fix the problem. I knew the classic New Year’s resolution of joining a gym wouldn't work for me since I would still have found excuses to avoid working out. Perhaps it was the pain killers that had me thinking differently but I decided that if I didn't own a car, the only way I would be able to make it to work each day would be to ride my bike. So, I took the more radical approach and drove my car to the local CarMax where I exchanged it for a surprisingly lucrative check.

One of the thoughts that went through my head as I deposited the check in the bank was this was only the beginning. Dollar signs were flashing with thoughts of all the money I would save by ditching the car. No more insurance, gas, or maintenance. The irony, as you will soon learn, is that I spent way more money on my new cycling craze than I saved by getting rid of the car.

With a single, swift and what some consider a reactionary and irrational decision, I had embarked on a new phase of my life which I never could have anticipated. But isn't this how so much of our life unfolds? Nothing goes as planned. Perhaps it was a teacher at school, or someone you meet at work or on vacation; and they might influence us so strongly that it changes the direction of your life. What would have happened if you never met them? If my Mom and Dad hadn't hired a talented and amiable architect to design our new home when I was 8 years, would I have become one myself?

So here I was at the age of 52, over-weight, over-worked, out-of-shape and about to be reintroduced to the magical world offered by the bicycle. 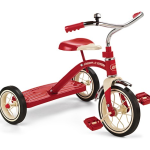 My first set of wheels was a red Radio Flyer tricycle that I was given on my 4th birthday. I remember it vividly. I would ride it in endless circles between our living room, dining room, den, kitchen and entry hall. Round and round I would go while the two rear wheels left deep grooves in the living room shag carpet (yes, it was the 60’s), imagining myself as a pioneer leaving tracks in the dusty desert with my Calistoga wagon making my way to California to pan for gold.

So, nearly a half century later I find myself living in California and about to get back on a bicycle.

For many of us, reaching the age of 17 was accompanied by the inevitable driver’s license. For most teenagers this represented freedom. The ability to get away from your family, be alone or with your friends and drive anywhere you pleased. The car represented freedom. How funny it is that after 37 years of driving a car, I had to learn (or be reminded) that freedom was just as easily obtained by hopping on a bicycle.