One Piece of Unsexy Tech I Absolutely Love

For years I passed on smartphones.  For an otherwise early adopter of all things technology, I was surprisingly old school about mobile devices.  I didn't want to get sucked into something that ended up costing a lot of money so maybe it was a good thing.  Still, reading technology blogs like Lifehacker or Engadget wasn't the same when I had to ignore about a third of the posts because I didn't have anything using iOS or Android.

However, the many proprietary features of the LG "flip" phone I was using for the last two years were getting tiring.  I couldn't even use a normal earphone jack and getting out of AT&T's shopping malls was like getting out of a Vegas casino on a cold streak; everything was designed to keep you in.

Maybe I was just waiting for the right deal or that point where I could no longer function in society unless I got one.    After all, I was once an early adopter of all things tech.  I had a netbook with me on my trip to China a few years ago.  I even once bought an mp3 player for $300 because it had a whopping 32 MB of memory!  Hey, I could play a whole album on it non-stop!

I was set in my ways.  When would I finally be called into action and make a change I know would be good for me?  It almost happened last spring when I found a phone at the playground.  I couldn't tell much about it other than it seemed cheap, used Metro PCS , ran an older version of Android but it was locked and had about enough charge to turn it off.  I placed what would turn out to be an unanswered Craigslist lost and found ad for it and stuck it in a drawer for months.  I thought about getting at least a charger for it, but deemed the $10 as a tempting but unnecessary expense.

Still, my curiosity was mounting to the point where I finally jumped on a deal for a "refurbished" Toshiba tablet for a mere $200 (meaning someone probably couldn't figure it out).  It sounded reasonable to me.  I could experiment with it at that price and not feel miserable if I left it behind at a coffee shop.  I did my due diligence; I looked it up in a few phone forums.  Many users said it was good, perhaps even a "steal" at that price and it had many developers who supported it.  It could be "rooted" but if you weren't careful you could "brick" it.  However, the drawbacks were that it was "bulky" at one and a half pounds and not "sexy" like an iPad.  So what did all this stuff mean?

Bricks and Roots.  So basically, if you want root privileges, it's another way of saying you have complete control (you can remove proprietary functions for example) but you risk making  your device the equivalent of an electronic brick if you fail.

Bulky and Sexy.  I'm sorry but if I can't carry one and a half pounds as a grown man, I need to hit the weights.  And how sexy does it need to be once I put a cover on it?

My excitement was peaking about a week after placing the order.  Would the new tablet be my gateway drug into a new Android world or will I want to send it back so it could become a refurbished refurb?  A notice from UPS that the shipment was delayed due to a train derailment added to the drama.  I had pictured my tablet sitting in a pile of boxes in a ditch somewhere!   Kudos to UPS for getting my package delivered only a day late and fully intact.  They must have rushed it the last route of its journey.

A familiar confusion entered my mind when I opened it.  It was similar to my experience of buying a netbook a few years earlier.  What was I getting into?  It's not a real laptop, it’s not even a phone.  It would actually be the first touchscreen I would use outside of a kiosk.

I knew the moment I got my hands on that it was a keeper.  I got online via wifi and downloaded a few apps and started customizing it.  I liked using the touch screen and was curious how my 3-year old would respond to it.  After all, he really didn't take much of an interest in PCs despite my attempts.   But watching him immediately play "Cut The Rope" and saying out loud "Daddy, I did it!" as he passed through some of the levels is when it hit me, what I had.

Fast forward to December and I can say it's part of the routine life now.  It's the morning alarm and our bedtime story reader at night, and is available instantly for many things in-between.

I recommend tablets to anyone else who is on the fence.  There really is an app for everything and the market has matured.  There have been Android phones for years.  Many apps are only a few bucks or free.  Although there are many different device makers that license Android, Google is the glue that holds them all together and I'm pretty sure they have the resources to continue to keep developing for it.  For instance, Google Music lets you store 20,000 songs on your own portal.

I have been a happy tablet owner for 6 months and now even have my first Android phone (that one I found in the store!).  I have both of them running many of the same apps including our own newly released BillQuick app for Android.  Version 2.0 has adapted many of the great features of the desktop BillQuick including one new function--being able to take a snapshot as an attachment and adding it to your time and expense entries.  In this example, I am trying to pass off my movie ticket to the Hobbit as a reimbursable expense.  Fat chance it will be approved but it couldn't have possibly been submitted any faster than this!

Anyone else in love with unsexy? Share your stories in the comments below! 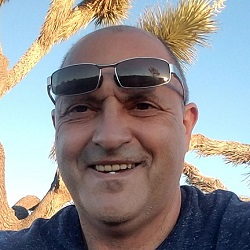 David Banos is Sr. Support Engineer at BQE Software. David assists our users by trouble-shooting and resolving application-related issues. Prior to BQE, David studied business and history at the University of Minnesota but found himself working as an application support engineer because he truly enjoys helping people solve problems and improving their experiences. When he’s not solving technical problems, David loves cheering for his favorite baseball team, traveling and and exploring different parts of the world, and building Legos with his son.

All-in-One Platforms vs Point Solution Software: Which One is Better?